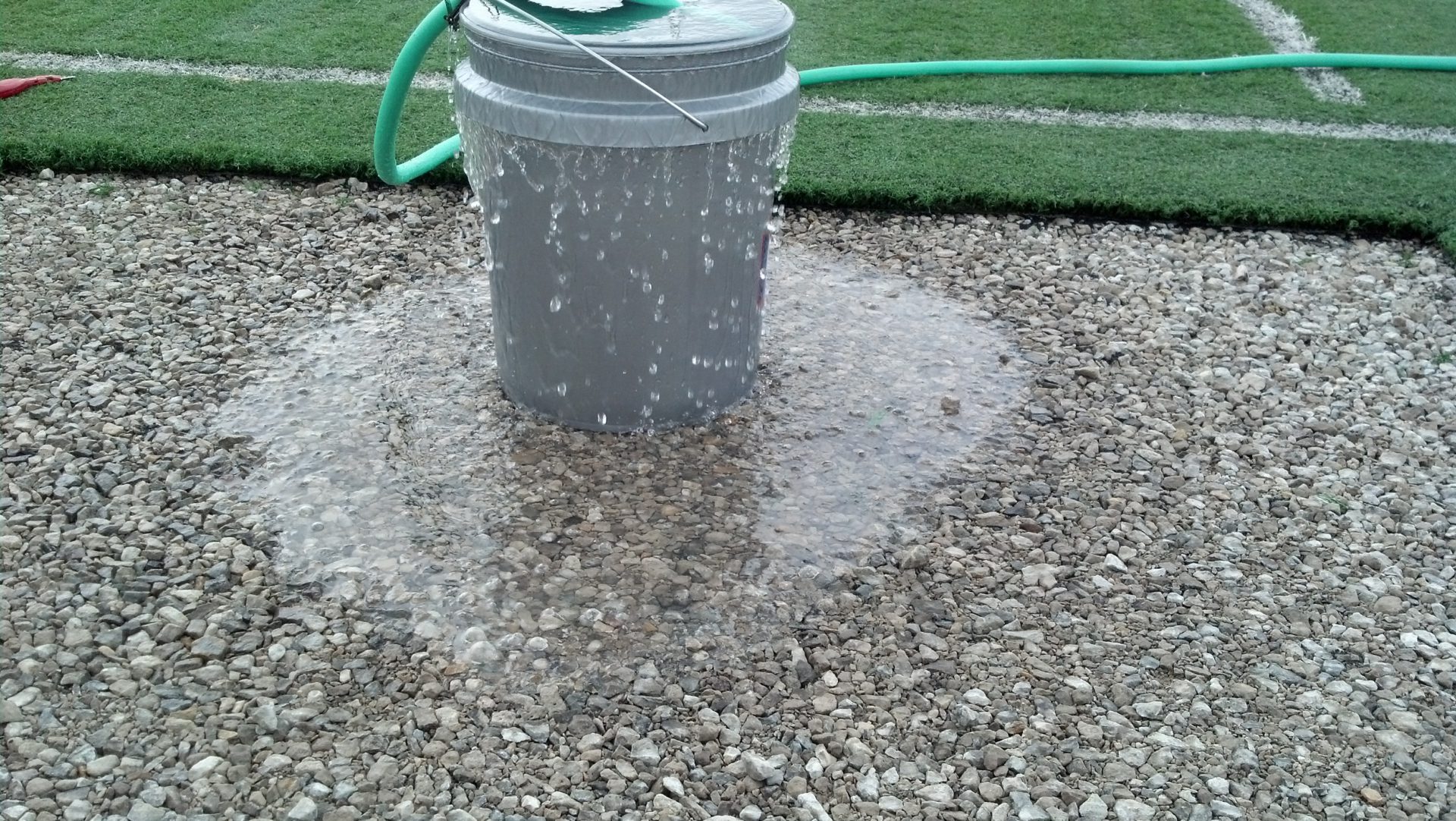 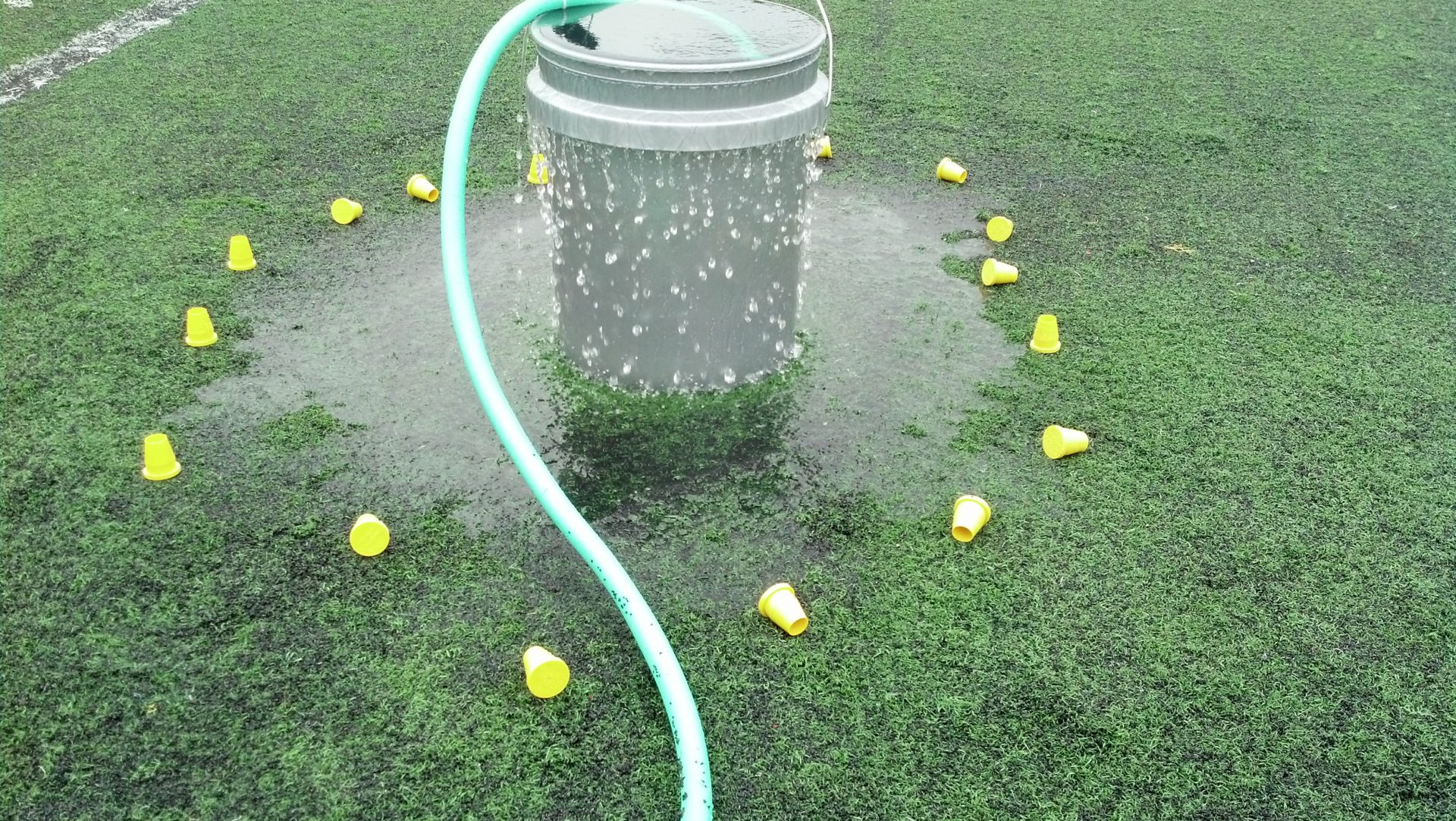 Many high schools are moving away from the maintenance and limited use of natural turf fields and choosing synthetic turf.  One of the many benefits of a synthetic turf system is increased field availability during the rainy seasons of the year.  After a storm, many natural turf fields would not be available for use for days to allow the field to drain and dry.  A high performing synthetic turf drainage system will evacuate any water from the playing surface within minutes, providing safety and seemingly instant playability.

High School staff at a Dublin City Schools campus outside of Columbus, Ohio, reported an issue with standing water on one of the synthetic turf fields.  It seemed that overall, the field was draining.  However, after a storm would pass, they noticed something on one corner of the field that was not expected; standing water.  District officials proactively requested that ASTM Standard Drainage Testing be performed on all three of their high school fields.

Sportworks Field Design turf experts Craig Honkomp and Brad D’Agnillo performed a series of drainage tests on the fields.  First, they calculated the speed at which a controlled amount of water drained through the turf carpet and drainage system in various areas of the field.  They compared their findings to the industry standard performance rates and the manufacturers specifications at the installation of the turf system.  Next, they rolled back a portion of the turf carpet and performed the same series of tests on the rock below.  Finally, they dug into the subgrade to look for signs of damage or contamination.  They found that the area of the field that was not draining properly had minor contamination.  The perforations in the synthetic turf back were partially blocked by a foreign substance.  The foreign particle dropped vertically down into the stone base, but did not appear to spread laterally.

The drainage tests provided a documented record of the current performance status of the turf and drainage systems.  Armed with this vital information, the school district is able to make informed decisions when planning the repair of their synthetic turf field.  Instead of the cost and schedule increases that typically come with change orders due to troubleshooting during construction, this work will likely be completed on a quicker schedule and within a manageable budget.